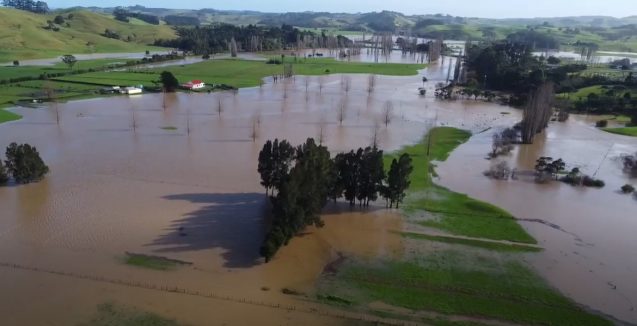 As coastal communities around the world take action toward climate adaptation, lessons learned from flood risk management in New York City are relevant for other cities and communities. Equitable solutions to flood risk, which also deliver other benefits for communities and the environment, are the focus for the Resilient Coastal Communities Project, a research partnership between the New York City Environmental Justice Alliance and Columbia Climate School’s Center for Sustainable Urban Development.

Through a 2022 Fulbright New Zealand science and innovation graduate award, I gained the opportunity to travel from New Zealand to New York City to take up a six month research fellowship with the Resilient Coastal Communities Project team, while additionally completing the final research for the Master of Sustainable Development Goals at Massey University. In February 2023, I will take the lessons I have learned home to our communities in Aotearoa, also known as New Zealand.

As an island country in the South Pacific, Aotearoa is hugely vulnerable to climate change risks, both through sea level rise, and through changed weather patterns bringing an increased incidence of drought, wildfires, flooding and storm surge. All areas within New Zealand have a high proportion of coastline to land area, and for my home in the subtropical Far North — a long, narrow peninsula — this is especially true. Freshwater dune lakes and coastal aquifers risk ecological degradation and saltwater intrusion due to reduced rainfall and rising sea levels, and water scarcity presents an increasing issue, alongside frequent flooding and infrastructure damage. 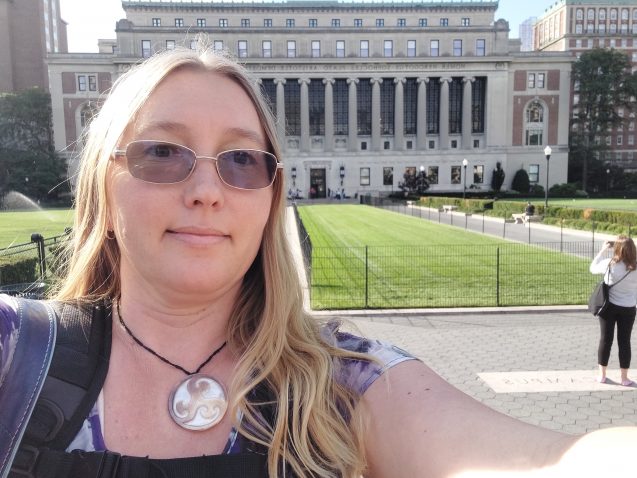 Through my work with the Resilient Coastal Communities Project, I have had the opportunity to engage closely with the New York-New Jersey Harbor and Tributaries Coastal Storm Risk Management Study (HATS), a United States Army Corps of Engineers (USACE) project which seeks to address flood risk for the New York-New Jersey metropolitan area. (A draft report and environmental impact statement are open for public comment until March 7, 2023.)

In November 2022, we hosted the USACE team at Columbia University, where they presented their study to a group of academics from various institutions, while we presented our recommendations from our team’s research in community-driven co-production of knowledge.

Over the last six months, I have attended multiple public meetings on the topic of the HATS, completed an analysis of the HATS draft environmental impact statement, and prepared a public comment on behalf of the Resilient Coastal Communities Project team. I shared information with other stakeholders to inform their public comments, and spoke at a New York City Council hearing at City Hall.

There are two primary recommendations I would like to offer to the USACE on the HATS and on their flood risk management work more generally; firstly, to center communities and advance environmental justice throughout the process; and secondly, to take a more holistic approach to flood risk management, as outlined in the Water Resources Development Act 2022, addressing sea level rise, rainfall-related flooding, and other flood risks, as well as storm surge.

In Aotearoa, storm surge damage costs are expected to triple in the next two decades for some coastal areas, although the costs of storm surge barriers for the Far North have so far proved unaffordable. Equity and environmental justice are important issues to consider within the New Zealand context, where many indigenous Māori communities are on the front line of the climate crisis.

Through Columbia Climate School, I have met fellow Fulbrighters and Obama Scholars and engaged with researchers and professionals from around the world through conferences and convenings such as At the Water’s Edge, hosted by Columbia World Projects. This event brought leading community organizers, local government representatives and scholars from around the world together in a series of conversations around strategies to advance inclusive models for flooding adaptation and water governance. It was a highlight for me to meet esteemed New Zealand Māori professor Marama Muru-Lanning at this event. 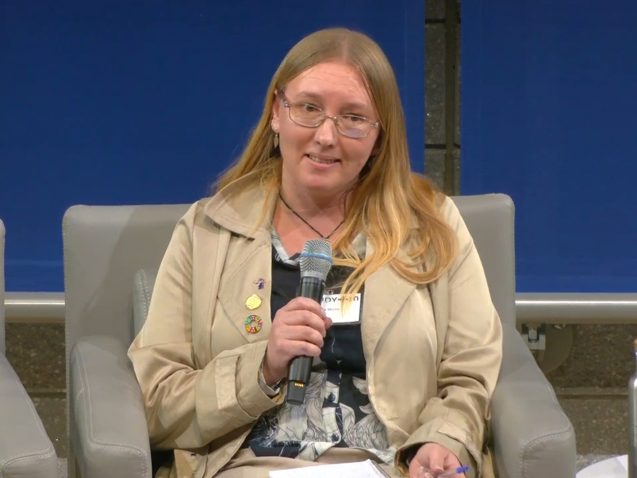 Aya speaking at the Sandy+10 event at Columbia Climate School.

The Rethinking Water conference, hosted by Columbia World Projects during NYC Climate Week, offered opportunities to engage with professionals from the water industry, and my research mentor Paul Gallay was a panelist for a discussion on Major Challenges to Water Delivery and Safety.

In November 2022, I attended the Measuring What Matters summit in Washington DC, where the US Army’s deputy secretary for civil works mentioned the need to institutionalize a framework for making decisions that values nature-based solutions during his keynote speech.

The Sandy+10 conference at the Columbia Climate School, held on the tenth anniversary of Superstorm Sandy, included a strong focus on community leadership and climate justice. Community leaders working in partnership with the Resilient Coastal Communities Project were featured in Roundtable 9: Are Neighborhoods More Resilient Today? After the panel discussion, I presented a brief summary of that session to the broader audience for the event.

I have been privileged to connect with communities here in New York and New Jersey, and to be involved with work which seeks to foreground community voices in coastal resilience conversations. The experience I have gained in the community-led co-production of knowledge will continue to inform my work in Aotearoa, where I work in a community development role as a public servant for the Department of Internal Affairs NZ and focus largely on supporting Māori and Pacific communities.

These learning experiences have been hugely relevant for my research on the topic of the United Nations Sustainable Development Goals, particularly around sustainable cities and communities, climate action, and ocean conservation. I have visited the United Nations headquarters during my time in New York City and had opportunities to meet people who work for and with the United Nations.

I look forward to continuing these conversations once I return home to Aotearoa, and to future opportunities to collaborate with researchers from Columbia and beyond. Huge thanks to the Resilient Coastal Communities Project team, to Columbia University, to the Fulbright Program and to Fulbright New Zealand.

New Orleans lost its bike share. Residents stepped up to rebuild it.

Breathing Easier at Home: Q&A on Going Electric in Chicago