The following is an excerpt from a Sustain What blog post.

As another potent West Coast atmospheric river makes landfall and headlines, it’s worth restating that Californians are not remotely ready for the worst that the region’s whiplash climate can throw at them.

The recent spate of atmospheric river events is a shadow of what’s possible—actually inevitable.

Over the next 7 days, several waves of energy are set to create atmospheric river conditions in the West. WPC’s QPF product shows widespread 5+” rain accumulations over 7 days! With each upcoming event, highly saturated soils create concern for flash flooding across the region. pic.twitter.com/t2FbhOhWGd

The term “atmospheric river” first appeared in the research literature in 1998 but these phenomena are a normal part of weather systems over many oceanic regions.

According to a comprehensive 2013 report, these systems are responsible for 90 percent of global water transfer by the atmosphere! Even as most headlines portray these systems as threats, for places like California they are also a vital factor in breaking droughts and restoring snowpack. 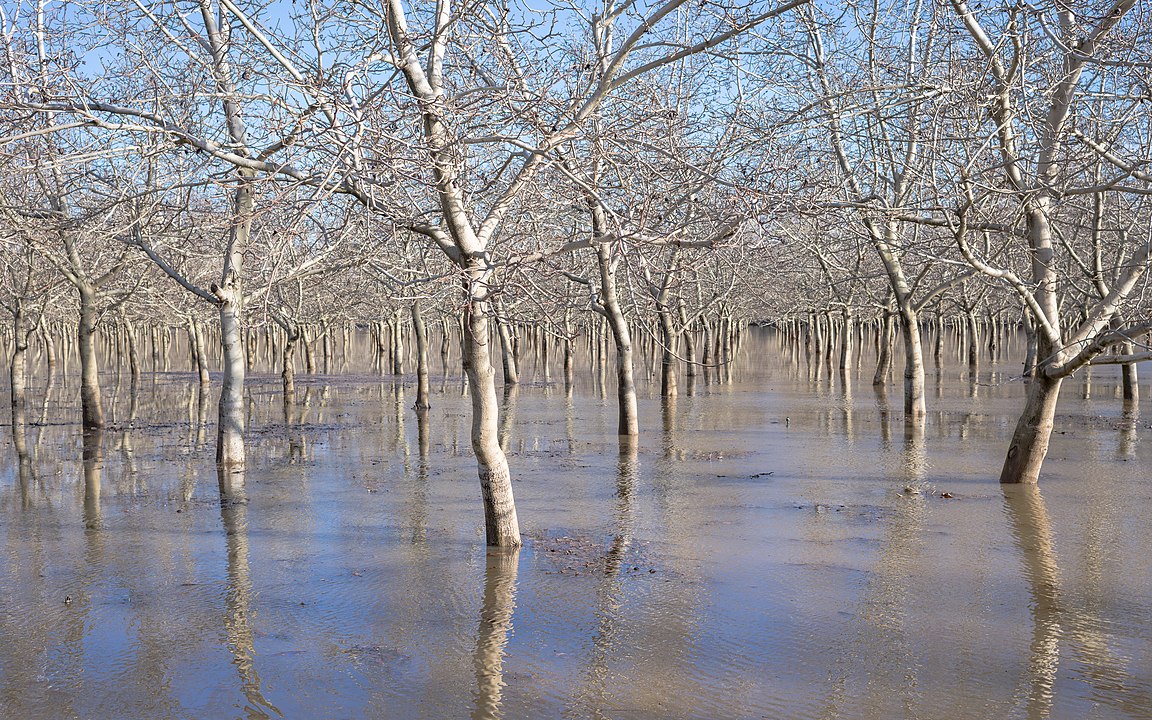 There’s no evidence of a global warming impact on these systems yet, but climate models do project intensification of atmospheric river rains as warming continues. Another 2022 study, by a team led by Christine Shields of the National Center for Atmospheric Research, reported finding that “geoengineering results in fewer extreme rainfall events and more moderate ones.”

Such research is important, but debates over climate change can distract from the core reality, which is that past patterns of these extreme events coupled with societal expansion in flood-prone regions guarantee momentous impacts.

Even California’s mind-boggling megaflood in the winter of 1861-2, which turned the Central Valley into a freshwater sea, pales beside what the U.S. Geological Survey has said research on past rain events has found: “The geologic record shows 6 megastorms more severe than 1861-1862 in California in the last 1800 years, and there is no reason to believe similar events won’t occur again.”

That’s worth repeating. Some parts of the Central Valley are 30 feet deeper than in 1861.

Read the rest of the story.

30×30 is conservation’s flashy new goal. What does it actually mean?

How more automakers and the Postal Service are signing for eVTOL

How more automakers and the Postal Service are signing for eVTOL