The wildest stories we saw in aviation in 2022 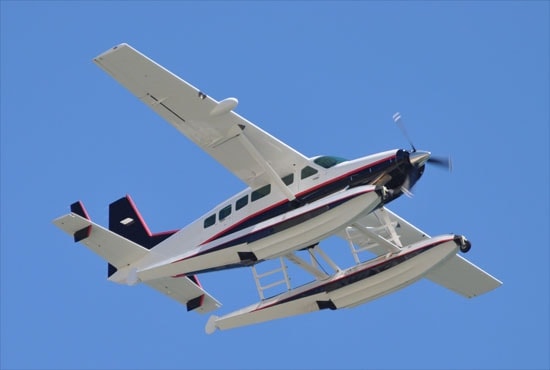 In May, a passenger safely landed a Cessna 208 Caravan when the pilot went unconscious, thanks to an air-traffic controller who was a certified flight instructor.

Having never flown a Cessna 208, Morgan used a picture of the instrument panel to give guidance. Read parts of the conversation between Morgan and the passenger and see the video of the passenger-flown plane landing successfully on a runway at Palm Beach International Airport (PBI). 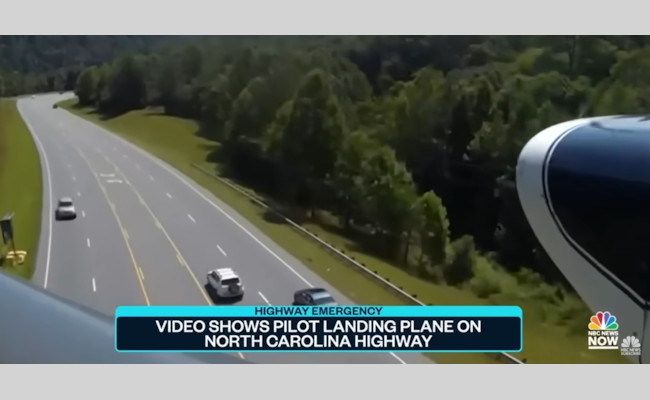 With only 100 hours of experience and a nine-month-old pilot’s license, Vincent Fraser experienced engine failure while 5,000 feet in the air over the North Carolina mountains.

On July 3, Fraser was flying in a 1967 single-engine Aero Commander 100 with his father-in-law. The plane lost its engine and went from 5,000 feet to 1,000 feet in a few minutes, which was all captured by a go-pro on the wing of the plane.

Fraser navigated around obstacles like power lines and vehicles to land the plane on a busy highway. Watch the video to see as the plane flies overhead vehicles and lands safely on the highway, without injuring Fraser, his passenger, or anyone on the ground. 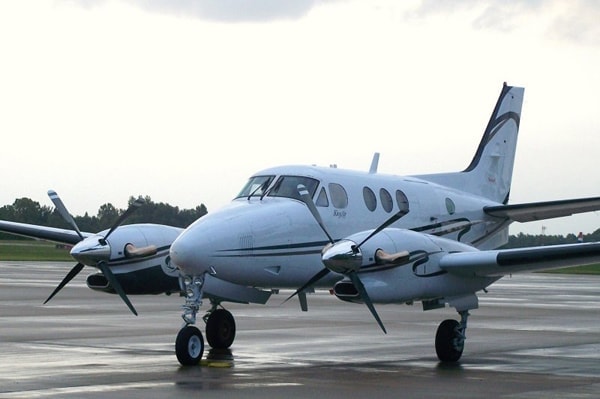 A Beechcraft King Air C90A was stolen by an unlicensed pilot, raising a question of security at GA airports. The plane was stolen by an employee of Tupelo Aviation Unlimited, an FBO at Tupelo Regional Airport (TUP) in Mississippi,

The man flew around the area and threatened to crash into a Mississippi Walmart before bringing the plane down elsewhere. The incident sparked the question of GA airport security and a review of measures put in place before and since 9/11.

Learn about the stolen aircraft and the security measures and programs in place at GA airports. 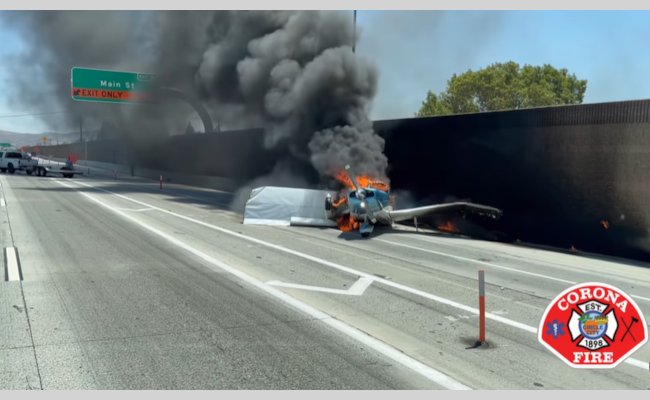 A dashcam video showed a Piper Cherokee Six PA-32-300 make an emergency landing on a busy highway in Southern California before bursting into flames.

On Aug. 9, in Corona, California, the plane crashed into the highway and caught fire, hitting a truck in the process. The pilot, passenger, and all three truck occupants were unharmed.

The video shows the plane scrape the highway and ignite and social media videos from the Corona FD show firefighters putting out the flames. Read about the crash and see the fiery landing on video. 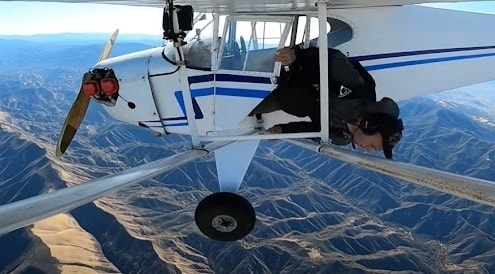 Trevor Jacob, a former Olympic snowboarder and current Youtube personality, stunned viewers when he posted a video of him parachuting out of his plane as it crashed into the side of a mountain, claiming to have experienced engine failure.

Jacob frequently posted sports and daredevil stunts to his channel and since obtaining his pilot license in mid-June of 2020, his aviation antics. The video “I crashed by plane” was supposedly posted to allow other pilots to learn from his mistakes, but speculative claims say that he posted the stunt of him parachuting out of the plane to garner online attention.

Jacob was flying his TaylorCraft BL-65 to spread the ashes of his late friend and experienced engine failure early into the flight. The FAA and NTSB investigated this crash and he lost his license as a result. Read about the stunt and watch the video of Jacob as he jumps out of the plane and parachutes to the ground. 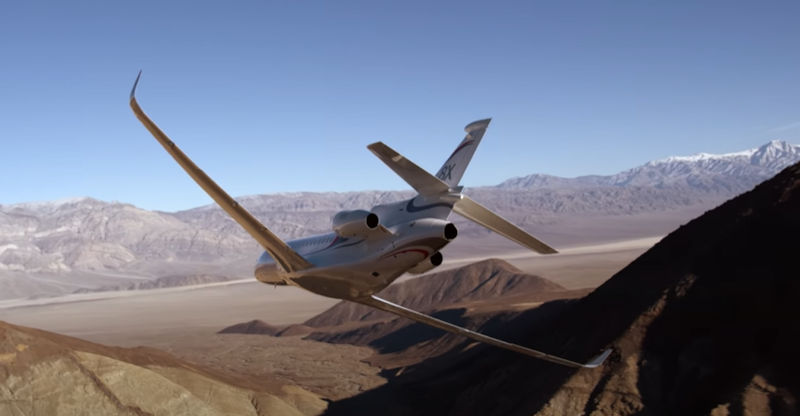 Rainbow Canyon in Death Valley National Park in California, otherwise known as Star Wars Canyon (the Jedi Proving Ground) is a 130-mile stretch of rocks and cliffs that have a long history with fighter jets.

The canyon received the name Star Wars Canyon due to its similarity to the bombing run on the Death Star in the first installment of the original Star Wars trilogy. Until a deadly crash in 2019, the canyon was used for military jet training. 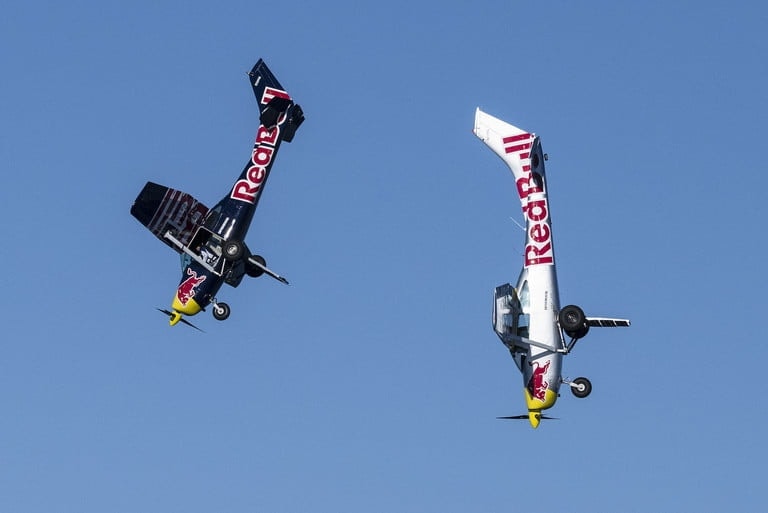 Red Bull pilots had a stunt go awry when a planned midair plane swap ended in a crash. Pilots Luke Aikin and his cousin Andy Farrington planned to fly their specially modified 1964 Cessna 182 aircraft up to 14,000 feet before attempting to jump out and reach the other unmanned aircraft in under one minute to regain control and safely land the aircraft.

The stunt was live-streamed on Hulu two days after Aikins received a letter from the FAA, denying his request for an exemption from regulation 91.105(a)(1) which states a person must be in the cockpit while an aircraft is in flight.

Video captured the two pilots jumping out of the plane, with one pilot completing the stunt and landing the plane and the other landing by parachute. Read what the Red Bull pilots had to say and what the FAA said in its letter and watch the attempted stunt. 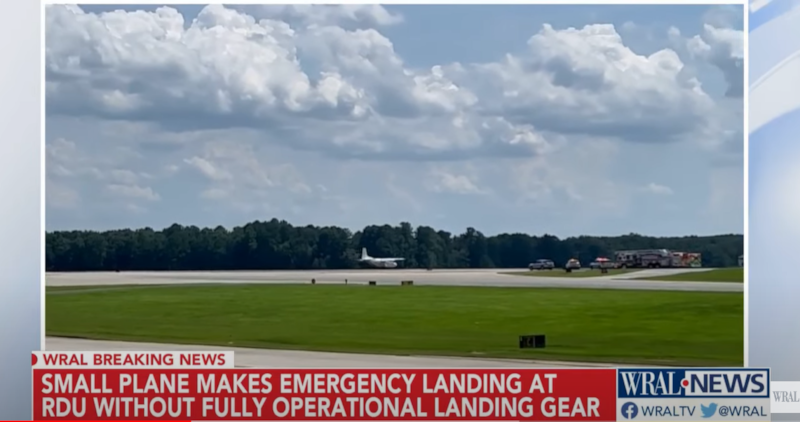 On July 29, a pilot exited the plane mid-flight and fell to his death. The CASA 212 was making an emergency landing at Raleigh-Durham International Airport (RDU) due to a lost right wheel from an earlier hard landing.

The NTSB investigation found the crew had declared an emergency landing and said the crew had flown two skydiving runs and on the third go-around the second-in-command pilot descended onto the runway where the right main landing gear hit the surface.

Learn about the young pilot that exited the plane mid-flight and read what the NTSB investigators found out from the pilot-in-command about the events leading up to the mid-flight departure. 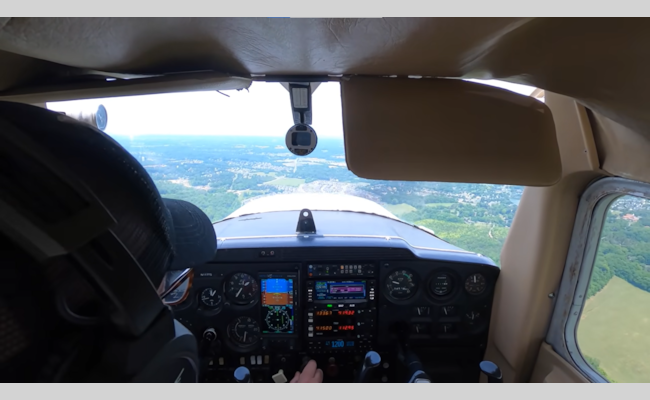 A student pilot’s solo cross-country flight in his 1968 Cessna 150 ended rather unexpectedly when he lost the engine at 2,200 feet and entered the wrong transponder code, entering the code for a hijacking.

The student pilot was in his last step to complete his training before his 50th birthday. The engine of his plane began to sputter and he recalled his training to declare an emergency to ATC, but entered the code 7500 instead of 7700, indicating the plane was being hijacked rather than squawk code 7700 which indicates any other type of emergency.

Luckily for this aspiring pilot, there was no real hijacking rather the plane simply ran out of fuel. He was able to use his training to make an emergency landing in an open field less than 10 miles from Concord-Padgett Regional Airport (JQF).

A real lesson learned is the importance of memorizing the correct transponder codes in case of an emergency. 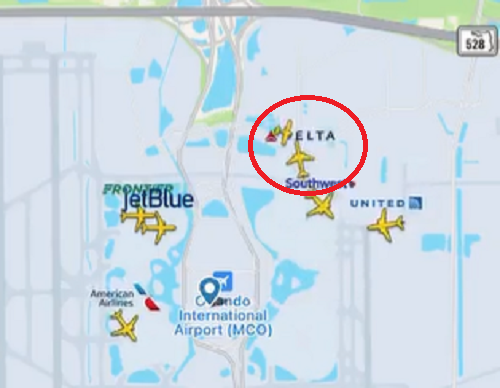 Video shows close encounter of a Cessna 172 and Boeing 757 during takeoff; FAA investigating

A video caught a close call between a single-engine Cessna 172 and a Delta Air Lines Boeing 757 in August when the two planes took off from Orlando International Airport (MCO).

The FAA was investigating this potentially catastrophic encounter, stating the aircraft passed in close proximity of one another after departing in the afternoon on Aug. 17. The planes both reported having the other in sight and came within three-tenths of a mile horizontally and 500 feet vertically.

A video the pilot of the Cessna tweeted showed the close encounter and another animation where the two planes’ paths intersect.

Read about the close call and see for yourself the video and animation that show how close these aircraft came to meeting mid-air.

The Transition to Environmental Sustainability is Underway, But It Won’t Be Easy

The Transition to Environmental Sustainability is Underway, But It Won’t Be Easy

The biggest trends and stories in aviation news in 2022