The Canadian flight crew that had been detained in the Dominican Republic is headed home after 220 days. Pivot Airlines announced that paperwork had been filed to free the five crew members who were detained in April after reporting suspected contraband on the aircraft.

Pending a final court sign-off, the process of gathering government documentation and approvals will begin to fly the crew home. Despite delays in the previous months, Pivot has urged the Dominican Republic authorities to being the process to release the crew as soon as possible. With looming uncertainty about a timeline for return, Pivot Airlines and the Canadian government are working hard to bring the crew home.

According to the Toronto Sun, crew members noticed a warning light for a door that was not closed properly, alerting them to a monumental surprise hidden on the aircraft. Mechanics found a mysterious bag and alerted the authorities. Law enforcement searched and found more bags filled with cocaine in the aircraft control compartment. After the discovery, the crew was taken to jail and held with the suspects from the smuggling operation.

Pivot Airlines CEO Eric Edmondson said the crew was innocent of the attempt to smuggle $25 million worth of cocaine and that there was proof.

“We did a third-party investigation and we know what happened. We know it wasn’t the crew,” Edmondson told the Toronto Sun.

Edmondson said the area where the drugs were stored had not been accessed by any crew as they waited for a few hours before taking an Air Transat flight of passengers home on a Pivot flight. Dominican authorities held the crew in prison before they were released on bail but not permitted to leave the country. Authorities there believed the airline to be a front for a drug-smuggling ring. 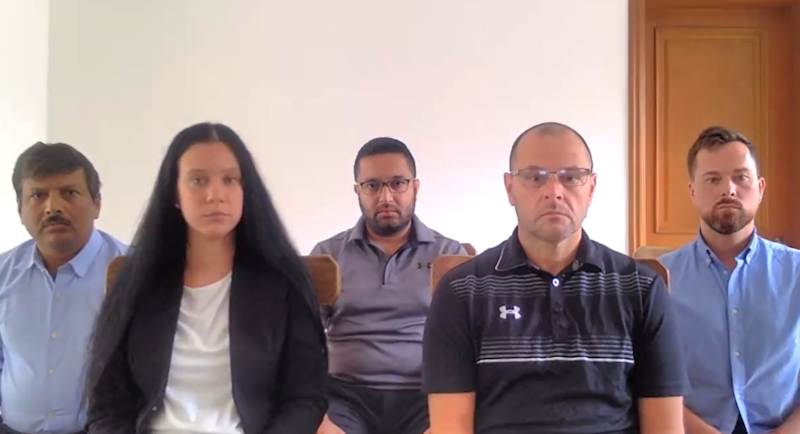 According to Global News, the crew has been moved around to safe houses and guarded by armed security. The five detained crew members have to hide from narco criminals who might be angered by the crew telling officials about the hidden drugs.

This incident has been a reminder for security around aircraft and the people that fly on them.

Recently, Kristopher Cannon, president of California-based Aviation Secure Inc, discussed with GlobalAir.com the ramifications of the Canadian crew being detained, focusing on steps like locking the aircraft and securing emergency exits. Cannon said this can further protect operators from risks such as drug smuggling.

This ordeal has shed light on an ongoing issue of security measures taken in aircraft and airports. After the expansive changes to the aviation industry and general aviation airports bolstering security with a focus on terrorism, Cannon said general aviation today still needs to focus more on security, as FAA Part-91 and Part-135 operators have fewer restrictions than airlines. Precautions are needed to ensure the safety of flight crew and passengers that go beyond terrorism and include theft and drug smuggling.

As the Human Population Tops 8 Billion, a Look Beyond Bomb and Crash Panic Proclamations

Tribes in the Colorado River Basin are fighting for their water. States wish they wouldn’t.