While aircraft manufacturer backlogs remain at record highs and are forecast to grow even larger, ultimately there will be a crest and a pullback.

That was one of several predictions that business-aviation market intelligence firm JETNET made during its press event this week in Orlando at NBAA-BACE.

JETNET iQ creator Rollie Vincent said that with backlogs stretching to 30 months to acquire a new business jet, some buyers now on the sidelines will decide to not wait that long and demand will soften.

“This will not last,” Vincent said, before later noting that he expects the backlogs for aircraft makers to be even higher in their looming third-quarter market reports.

For the main themes in its market analysis, JETNET concludes that demand and supply forces have yet to balance, that aircraft owners and operators remain optimistic, and the outlook through the coming year is strong.

However, “there is much work to do to sustain our future, build our talent pipelines, and improve our image – within and especially outside our industry,” a report from the company states.

As backlogs peak, Vincent said he expects activity to shift in the final quarter of 2022 further into the preowned aircraft market, where inventory listed for sale is starting to roll back from a historic low. 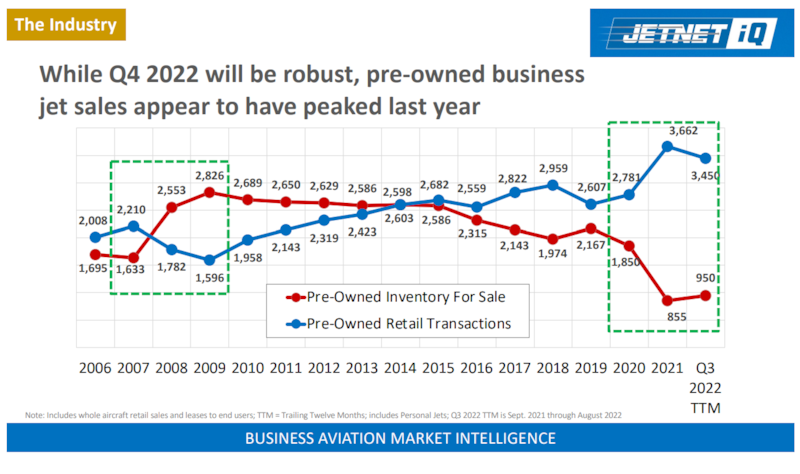 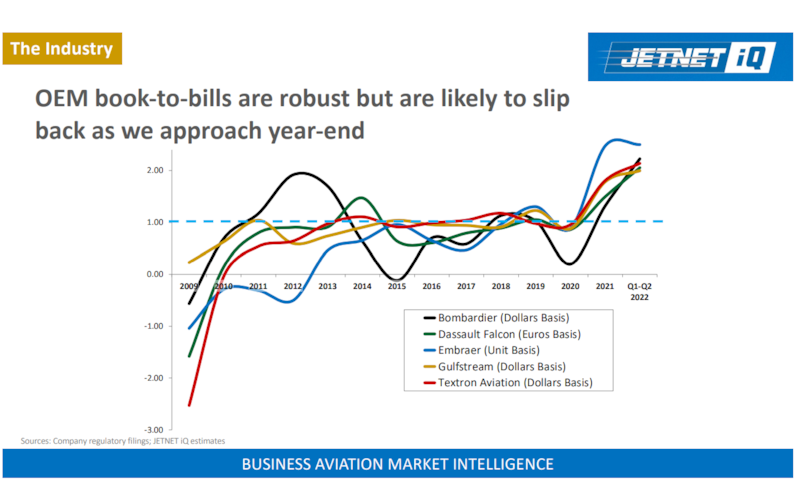 Importance of SAF for business aviation

Vincent called the adaptation of sustainable aviation fuel “critical” for the business aviation industry, noting that meeting goals to reduce carbon emissions will help in the public relations battle when it comes to the image of flying private jets.

JETNET survey data shows that among American owners and operators, a majority agree that a $1.25 per-gallon government subsidy on SAF would make them more likely to make the switch. However, JETNET notes that a range of limitations stands between universal adaptation, including price, supply chain and location.

The sentiment to improve the image of business aviation is particularly strong in Europe, where JETNET survey data shows that aircraft owners and operators are less optimistic about recommending aviation as a career than those in other parts of the world.

“Europe is the crux of the future of our industry,” Vincent said. “This is an alarm bell.”

There has been mounting political pressure in European countries, particularly France, to stifle private jet travel.

Asked in a follow-up question whether that had an impact on sentiment in Europe, Vincent agreed that it did but also noted that sentiment can be “personal and cultural.”

380 million tons of plastic are made every year. None of it is truly recyclable.