Hurricane Sandy hit New York City in October 2012, killing more than 40 people and causing $19 billion in damage. Columbia University researchers played key scientific and policy roles related to the city’s preparation for and response to the storm. In this Q&A series 10 years later, we asked several who occupied important public positions to look back, and forward.

For journalists: As the 10-year anniversary of Hurricane Sandy approaches, check out our list of experts who are available to comment.

Meteorologist and climatologist Adam Sobel heads Columbia University’s Initiative on Extreme Weather and Climate. When Sandy hit, he became a sought-after commentator in news reports and documentaries about the storm and its implications, and later, on climate change in general. The author of Storm Surge: Hurricane Sandy, Our Changing Climate, and Extreme Weather of the Past and Future, he has contributed pieces on climate science and politics to The New York Times, Bulletin of the Atomic Scientists and other media. He is a professor at Columbia Climate School’s Lamont-Doherty Earth Observatory and the Columbia Engineering School. 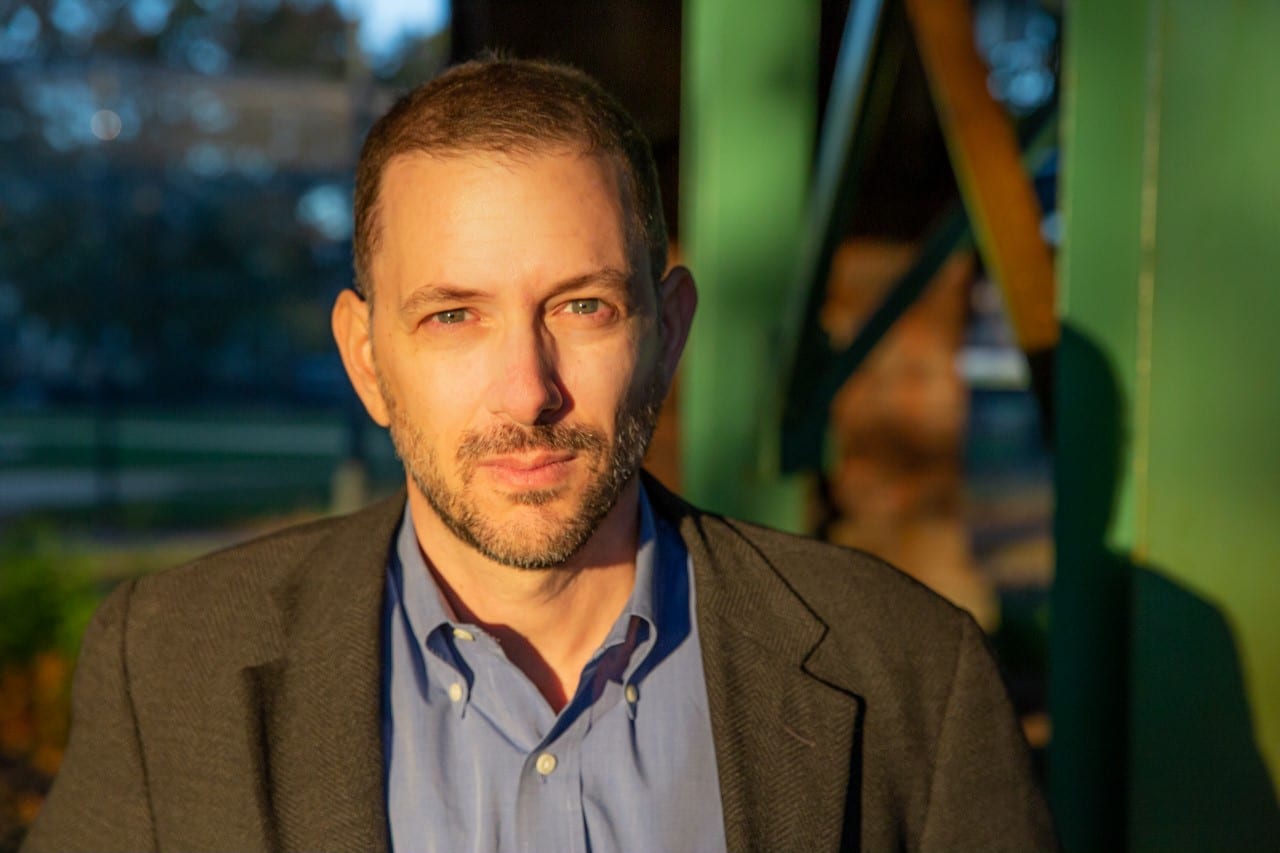 When did scientists such as yourself start thinking about the link between climate change and extreme weather?
The idea that climate change would influence extreme weather has been around a long time; it certainly predates my career, which began in the early 1990s. I myself began thinking about it seriously in the mid-2000s. At that time, I and colleagues were working on the relationship of tropical cyclones to natural climate variations like El Niño. After 2005, when Katrina and so many other catastrophic storms happened, we started thinking seriously about that link. So did many others, around the same time.

Did you make any forecasts regarding Sandy?
I don’t make my own weather forecasts. First of all, I’m not great at it, compared to the pros who do it full time. More importantly, during extreme events, it’s important that there be a clear line of authority and responsibility, so that the public doesn’t get conflicting messages. The National Weather Service makes a forecast, and its local offices or private companies may customize it. But I can interpret and explain the forecast. For instance, I can tell a nuanced story about the uncertainties. The official forecasts provide some information about that, but not always as much as they could, perhaps because they are afraid of confusing people.

In the case of Sandy, I did make one prediction that I’m proud of, but not about the weather. Three days before the storm hit, I was on WNYC radio, and the host, Brian Lehrer, played a recording of the head of the MTA saying not to worry, there would be no need to close the subways. I said I thought he’d probably be revisiting that decision, and indeed he did. The subways did close, and good thing they did, because of course when the storm made landfall, they flooded. I should say here that I had read studies by my Columbia colleagues Klaus Jacob and George Deodatis on the flood risk to the subways.

What was your personal experience of the storm; did it shape the way you thought about things afterward?
Before the storm arrived, I spent a couple of days just glued to the computer at home, watching all the data come in. Monday evening, around the time of landfall, I walked down to the Hudson River just west of Harlem, and the water was already up to the middle of 12th Avenue. I can’t say there was anything that surprised me intellectually, but it was a tremendously powerful experience. I was completely jacked up, and at the same time painfully aware that this was a human catastrophe. It was hard to reconcile those emotions, and still is. I suspect this is common with anyone who studies disasters of any kind. I can’t imagine that epidemiologists weren’t on some level super excited by the Covid pandemic, but at the same time of course they know how awful it is, just like everyone else does.

What have we since learned about the links between climate and extreme weather? For instance, does it appear we are getting more, or more intense storms?
The link between climate and extreme events is not the same across the board. I think for heat waves, and probably extreme rain events, too, the evidence is pretty clear. For hurricanes, it’s more subtle. The evidence is strong that hurricanes are getting more intense. But there is no evidence that there are more of them on a global basis, and in fact it is not clear that we should expect such evidence. Many models predict that there should be fewer tropical cyclones as the climate warms, not more. On the other hand, there has clearly been a trend toward more hurricanes in the Atlantic over the last few decades, and I think the evidence is getting stronger that that increase is at least to some extent caused by humans. There are multiple reasons why the Atlantic has behaved differently from other basins; I’ve written about this.

What have we learned about how to cope with extreme weather?
A central story of my book about Sandy was that New York City’s emergency management actually did quite well. This was in large part due to planning efforts going back decades that focused on a possible Sandy-like event. That saved many lives. The exception was recommendations to flood-proof infrastructure, which ended up being almost entirely ignored.

In the wake of Sandy, we have seen that federally funded rebuilding and resilience efforts have struggled with federal regulations and other issues, and in many places have led to green gentrification.

You became a source for media after the storm, something a lot scientists shy away from. What has been your purpose there, and how good a job do you think the media does with weather and climate science?
I did a lot of talking to reporters in the weeks and months after Sandy, it’s true. And I kept it up for some years after. At this point, I have mostly transitioned to writing my own pieces. I prefer that because I can say what I really want to say, how I want to say it, and with all the context it needs. Late in the Trump years, some of my writing became quite political. I have no particular expertise in politics, so I make connections to climate to justify what I write.

The media has gotten much, much better, on average, compared to 10 or 20 years ago, and coverage of climate has expanded dramatically. There are still plenty of mediocre stories, but there are many more reporters working now who specialize in the topic and know a lot about it. The challenge they face—and I do too, in my own popular writing—is to explain what we know without overstating or understating. There is a strong temptation in particular to emphasize the connection of every extreme weather event to climate change, and sometimes that leads to some distortion. On the other hand, many scientists emphasize the uncertainties to the point that it sounds like we don’t know anything, which is also misleading, perhaps in a worse way. I try to steer between those.

What are the prospects for another Sandy-type storm to hit New York?
The risk is small in any given year. In the historical climate, Sandy was probably an event with an annual probability of a fraction of a percent—a one in a few hundred year event, if you prefer. That is probably rising due to climate change, but maybe not dramatically. That’s not to say those changes aren’t important; they are. But such storms are not the “new normal.”

What are the prospects for New York’s long-term survival?
Sea-level rise poses an inexorable long-term threat to New York City. In the near term, it raises the risk of a Sandy-type event, because even a weaker storm surge will cause greater flooding if it starts on top of a higher sea level. Sandy’s flooding would have been about a foot less a hundred years earlier. The better part of that is due to climate change, but some of it is also due to natural sinking of the coastline, caused by long-term geologic forces. Besides coastal floods, flash floods like what we saw with Hurricane Ida in 2021 are almost certainly becoming more probable. I also worry a lot about future heat waves in New York summers. I think the city will survive, because it’s too important a global center of capitalism and culture not to. But its survival will come with some combination of increased suffering and adaptation. The challenge is to maximize the adaptation and minimize the suffering.

Learn more: A conference on October 28, co-hosted by the Columbia Climate School, will further explore recovery efforts after Hurricane Sandy. What worked and what didn’t? Who has benefited and who has been left behind? And what have we learned? The event is free and open to the public. Register here.

Logging Is One of Canada’s Greatest Climate Liabilities