Advancements in Climate Rights in Courts Around the World

Advancements in Climate Rights in Courts Around the World 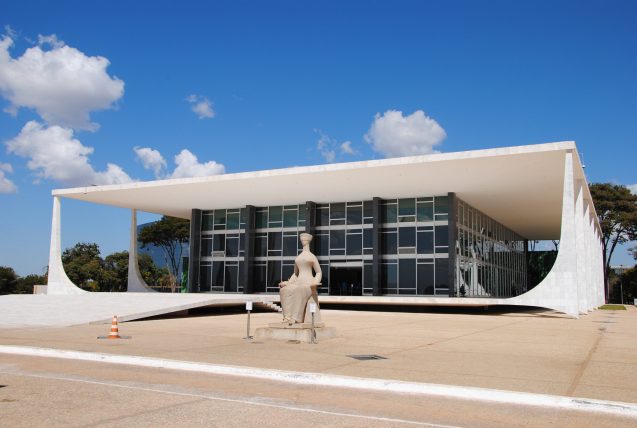 While the United States Supreme Court recently delivered a major setback to the EPA’s ability to regulate greenhouse gas emissions in West Virginia. v. EPA, courts in other countries are issuing decisions that demonstrate that courts worldwide remain an important forum for the potential advancement of climate rights.

On June 30, the European Court of Human Rights announced that Duarte Agostinho and Others v. Portugal and 32 other States will be examined by the Grand Chamber, the tribunal’s top panel of 17 judges. The Grand Chamber examines cases that present “a serious question” affecting the interpretation of the European Convention of Human Rights, or additional protocols, or “where the resolution of a question before the Chamber might have a result inconsistent with a judgment previously delivered by the court.”

In Duarte Agostinho, six Portuguese youth filed a complaint against 33 countries alleging that the respondents violated petitioners’ human rights by failing to take sufficient action on climate change and requested EU member countries to take more ambitious domestic action. The applicants allege that wildfires and increased temperatures affect their human rights and further breach the prohibition of discrimination due to climate change’s disproportionate impact on younger generations. The case was taken directly to the European Court of Human Rights without first exhausting domestic remedies, based on the urgent need to address the climate crisis. Duarte Agostinho had previously been communicated to state parties, considered an ‘impact case’ and deemed a priority, meaning it was immediately taken before the backlog cases. Parties were also given shorter deadlines to present their arguments and the merit of their application.

Of the 22 cases currently pending before the Grand Chamber — a small fraction of the 72,100 cases currently pending before the Court — three are climate cases. Earlier this year, the European Court of Human Rights had referred to the Grand Chamber two other climate cases, KlimaSeniorinnen v Switzerland and Carême v France. Hearings related to the three cases will likely take place before the end of the year.

On the same day, in another part of the world, Brazil’s highest court made an unprecedented recognition of the importance of the Paris Agreement. In PSB et al. v. Brazil (on Climate Fund) (ADPF 708), the majority of the Brazilian Supreme Court found that the Paris Agreement is a human rights treaty.

The case, which was filed in 2020, relates to the government’s failure to disburse payments from the Climate Fund. Brazil’s Climate Fund was established in 2009 as a financial instrument of the National Climate Policy Plan. The Climate Fund is mandated to direct its annually authorized budget to projects and studies working towards climate change mitigation and adaptation. However, in 2019 and 2020, the Bolsonaro administration failed to allocate the available resources. The plaintiffs sought a declaration of “unconstitutional omission” against the paralysis of the fund’s operations and governance and an injunction compelling the government to reactivate the Climate Fund. In response, the government argued that (a) there was no constitutional question as the Constitution does not explicitly mandate the creation of a Climate Fund; (b) the facts in question relate to the management of funds, a federal government’s prerogative; and (c) the Court’s interference would violate the separation of powers doctrine.

The majority rejected the government’s arguments and ruled that the executive branch cannot ignore the mandate of the legislative branch. Instead, the executive branch has a constitutional duty to execute and allocate the funds of the Climate Fund to mitigate climate change, based on both the separation of powers and the constitutional right to a healthy environment. The court further found that the judiciary, in turn, must act to avoid the regression of environmental protection. In practice, this means the government will have a duty to allocate funds to where they are most needed in climate mitigation, and the government’s exercise of its discretion in allocating the funds will be potentially subject to judicial review.

The federal government had also argued that the Climate Fund, deriving from Brazil’s international commitments within the scope of multilateral treaties on climate change, does not bind the federal government to its mandatory compliance since it is not a Brazilian law. However, the majority ruled that the protection of the climate is a constitutional value. The Supreme Court clarified that environmental law treaties constitute a particular type of human rights treaty, which enjoy “supranational” status. Thus, according to the decision, there is no legally valid option to simply omit oneself in the fight against climate change. This “supralegality” of human rights treaties means that they are above “regular” laws in the legal hierarchy. If a law passed by Congress conflicts with a provision of a human rights treaty, the human rights treaty (and based on this ruling, environmental and climate treaties) prevails. In practice, the law in question is overridden by the treaty. Accordingly, any Brazilian law or decree that contradicts the Paris Agreement, including the nationally determined contribution, may be invalidated. Any action or omission contrary to this protection is a direct violation of the Constitution and human rights. The constitutional duty to allocate the funds effectively means that there is a duty to mitigate climate change considering the international commitments under the climate change framework. This interpretation can significantly impact several pending climate cases in Brazil.

When the Paris Agreement was negotiated, much disagreement ensued over the adoption of human rights obligations in the substantive part of the text. In the end, human rights were relinquished to its preamble, which notes that “climate change is a common concern of humankind” and “Parties should, when taking action to address climate change, respect, promote and consider their respective obligations on human rights.” While scholars have argued that the Paris Agreement is a human rights treaty, the Brazilian court is the first to formally recognize it as such.

Dobbs Is Dangerous, Especially in an Era of Climate Change