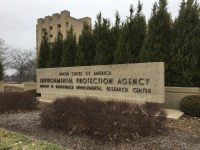 One of the first professional jobs I ever had was working at the U.S. Environmental Protection Agency, and it was a great job in a terrific organization. I continued working as a consultant for the U.S. EPA throughout the 1980s and 1990s, but I left the agency as a full-time employee in June 1981—“chased” from the EPA by the views of a radical anti-environmentalist administrator named Anne Gorsuch. Gorsuch and her toxic waste chief Rita Lavelle “froze” implementation of much of the new toxic waste clean-up Superfund program that I was helping to staff. Gorsuch set about destroying the EPA until the public outcry grew so loud that then-President Ronald Reagan had to fire her and replace her with Bill Ruckelshaus, the first EPA administrator, a moderate Republican and proven environmentalist. The irony today is that Gorsuch’s son, Supreme Court Justice Neil Gorsuch, may finally have a chance to complete his mother’s anti-regulatory and environmentally destructive work.

A highly controversial case, West Virginia v. EPA, is on the docket of the Supreme Court, and according to New York Times top environmental reporter Coral Davenport:

“Within days, the conservative majority on the Supreme Court is expected to hand down a decision that could severely limit the federal government’s authority to reduce carbon dioxide from power plants—pollution that is dangerously heating the planet. But it’s only a start. The case, West Virginia v. Environmental Protection Agency, is the product of a coordinated, multiyear strategy by Republican attorneys general, conservative legal activists and their funders, several with ties to the oil and coal industries, to use the judicial system to rewrite environmental law, weakening the executive branch’s ability to tackle global warming. Coming up through the federal courts are more climate cases, some featuring novel legal arguments, each carefully selected for its potential to block the government’s ability to regulate industries and businesses that produce greenhouse gases.”

Climate is literally the tip of the iceberg. The possible court ruling attacks the very foundation of modern regulation. In the face of today’s complex, technological world, conservative state attorneys general and right-wing jurists are demanding a degree of legislative specificity that is impossible for non-experts to articulate. Our elected leaders and judges are not chemists or toxicologists. They tend to be lawyers. When they write environmental laws, they leave important details to the experts in regulatory agencies. Many contemporary regulations are the result of knowledge gained via scientific and technical expertise. Some of these regulations are controversial in conservative circles and are thought to be the product of what they’ve termed the “deep state.” This deep state is a delusional, paranoid right-wing myth, but regulatory over-reach and the arrogance of some regulators is fact and not fiction. Regulatory edicts from experts on high are deeply mistrusted by some, and while some of this mistrust is warranted, most is not. Attacks on this mythical secret cabal of decision-makers was part of Donald Trump’s political mantra.

There is an actual issue here that is worth attention: regulatory over-reach. The result can be rules that do not adequately factor in indirect impacts. Scientific experts, like Supreme Court justices, can become a little full of themselves and reach for powers they should not exercise. But the fundamentals of the regulatory state require that we defer to experts in controlling the technologies developed by other experts. This is true of both social media algorithms and smokestack emissions. We need rules to navigate technological complexity and ensure it is steered to serve the public interest. Non-experts cannot formulate those rules.

However, as Davenport indicates, the anti-regulatory fervor of America’s right wing has now reached a key inflection point.

“The ultimate goal of the Republican activists, people involved in the effort say, is to overturn the legal doctrine by which Congress has delegated authority to federal agencies to regulate the environment, health care, workplace safety, telecommunications, the financial sector and more. Known as the “Chevron deference,” after a 1984 Supreme Court ruling, that doctrine holds that courts must defer to reasonable interpretations of ambiguous statutes by federal agencies on the theory that agencies have more expertise than judges and are more accountable to voters. ‘Judges are not experts in the field and are not part of either political branch of the government,’ Associate Justice John Paul Stevens wrote in his opinion for a unanimous court. But many conservatives say the decision violates the separation of powers by allowing executive branch officials rather than judges to say what the law is. In one of his most famous opinions as an appeals court judge, Associate Justice Gorsuch wrote that Chevron allowed ‘executive bureaucracies to swallow huge amounts of core judicial and legislative power.’”

This expression of the truly difficult question of how to operate representative democracy in the face of increased technological complexity is reduced by Gorsuch, an extreme ideological justice, to a power struggle. The fundamental fact is our daily lives depend on technologies we do not control and, in many cases, do not understand. We push a button and an engine starts. The average person does not know how the engine works or if the engine is dangerous. We need experts, subject to transparent peer review and even competing expertise, to help us understand and manage risk. Our tolerance for risk is a value question hopefully informed by a careful scientific analysis of the probability of danger.

We see ideology contaminating the discussion of climate change with the fossil fuel industry attacking settled science. We have long seen this with the tobacco industry, an industry that once promoted the health benefits of smoking. During COVID, we have seen persistent attacks on science. Science was called on with great urgency to protect us from a virus that scientists did not fully understand. Medical researchers saw a threat but lacked the time to fully study the virus, vaccines, and treatments. Trump’s Operation Warp Speed developed new vaccines in record time. During the Trump presidency, developing a vaccine was an urgent national goal. But public health measures such as shutdowns, social distancing, masking, and vaccination mandates became matters of ideology and politics, and became controversial.

Our modern, technology-based economy generates great benefits but also creates threats faster than they can be studied and understood. Certainly, by the time we typically develop rules about these threats, the science is more certain than the research we’ve seen with COVID. Climate change is settled science. However, how we respond to climate change is less clear than the fact of climate change. The transition to a renewable resource-based economy cannot be accomplished overnight. Radical environmentalists seeking to end fossil fuel use immediately could plunge the world into a global economic depression. Conservative climate deniers don’t even think global warming is real. COVID vaccines are promising, and have had a positive impact, but more study is warranted. Personally, I’ll take any protection I am offered. Advocates of an active government also act ideologically and favor government action that may be ill-advised. Closing elementary schools to contain COVID may well have prevented the spread of the virus, but the long-term impact on children may end up being worse than COVID. I don’t have an answer for this dilemma, but we need to learn how to discuss these complex issues: informed by science and with as few preconceived notions as possible. The discussions must be civil and reasoned—hard to imagine in this era of endless social media and 24-hour news channels.

We face a serious issue of governance that is being trivialized by economic interests and conservative ideology instead of being the subject of meaningful and open debate. In the case of drugs, no one is really questioning the precautionary principle where drugs are carefully tested before they are used. In the case of pollution, unlike drugs, private corporations are reflexively anti-regulation. And now we have a radical right-wing Supreme Court, threatening to discard precedent and destroy the environmental regulatory system that for half a century has enabled the U.S. economy to grow while our air and water slowly became cleaner.

The benefits of modern technology are obvious, and while we may raise questions about some new technologies, we tend to use them. The costs of new technologies are not as obvious as their benefits, and while the costs tend to emerge over time, some people refuse to accept the reality of danger and the need for rules. America’s environmental regulatory system is far from perfect, but it tends to work. Businesses subject to regulation can negotiate compliance schedules, and the financial costs of regulation are always factored into American regulations. We may soon see a radical anti-regulatory Supreme Court dismantling these well-established practices and endangering America’s environmental quality.