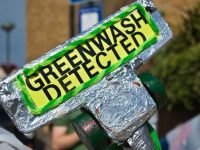 An important piece of reporting by the New York Times and advocacy by the Environmental Defense Fund provides insight into the complexity of decarbonization and the need for care when auditing corporate climate disclosures. According to the Times’ Hiroko Tabuchi:

“When Royal Dutch Shell sold off its stake in the Umuechem oil field in Nigeria last year, it was, on paper, a step forward for the company’s climate ambitions: Shell could clean up its holdings, raise money to invest in cleaner technologies, and move toward its goal of net zero emissions by 2050. As soon as Shell left, however, the oil field underwent a change so significant it was detected from space: a surge in flaring, or the wasteful burning of excess gas in towering columns of smoke and fire. Flaring emits planet-warming greenhouse gases, as well as soot, into the atmosphere.”

Tabuchi reported on a study from the Environmental Defense Fund (EDF) indicating that this practice is quite common, calling into question the seriousness of the effort by fossil fuel companies to decarbonize. While this is worth closer examination, the issue is not straightforward. Any corporation with a sellable asset would be expected to generate as high a price as they can for that asset. It is a logical step to take, and it is of value to the goal of decarbonization if it provides capital that enables the company to pivot toward a low-carbon future. Nevertheless, the issue raised is what is the company’s responsibility for the carbon produced by the oil field it no longer owns?

Our dependence on fossil fuels has been brought home to many of us by Russia’s brutal invasion of Ukraine and the impact of Russia’s energy supplies on the world economy. In my view, the impact of halting Russian energy exports is yet another indication that the technology of renewable energy is still not where it needs to be to displace fossil fuels. It’s getting there rapidly, but it’s not there yet. The behavior of fossil fuel companies seeking to decarbonize can be influenced by disclosures such as the study by EDF, but ultimately the answer is to make the oil and gas wells as close to worthless as possible. That is a process that will take a generation to complete. For the next 20 years, we will be reducing but not eliminating our use of fossil fuels.

Advances in renewable energy and battery technology are needed along with the public infrastructure required to support electric-powered vehicles and buildings. That process is well underway as we see electric utilities investing in modernizing the grid and motor vehicle companies investing billions of dollars in electric vehicles and battery technology. Battery technology is quickly advancing, driven in part by the motor vehicle industry. A recent New York Times article about GM chief executive Mary Barra focused on her strategy for building and dominating the electric vehicle market by building lower-priced, non-luxury electric vehicles (EVs). According to Neil E. Boudette’s profile of Barra in the Times:

“…The G.M. strategy should enable the company to make more affordable E.V.s than most competitors, and eventually to win over many of the tens of millions of mainstream car buyers who are not yet shopping for electric vehicles. Last year E.V.s accounted for about 3 percent of the 15 million cars and trucks sold in the United States. As that percentage grows, G.M. expects this cost advantage to allow it to overtake most of its rivals within a few years and to challenge Tesla for the lead in E.V. sales before the end of the decade.”

GM is investing heavily in innovative battery technology and production and sees its corporate self-interest in transitioning away from its historic dependence on fossil fuels. While I know that EVs are still largely charged by a fossil fuel-powered electric grid, eventually that will change and EVs will be powered by renewables. Billions of private and public dollars are being invested in this transition. Although I see progress and movement in the right direction, I will not be surprised if this last generation of the fossil fuel business is dominated by bottom feeders and unscrupulous profiteers who couldn’t care less if their profits depend on plundering the planet. The key method for minimizing the damage caused by these evildoers is public policy that advances the development of renewable energy and battery technology and more fully integrates environmental risk into financial reporting for publicly traded companies.

If you really want to reduce the temptation to greenwash decarbonization, make its practice a type of financial fraud. If a company’s public financial disclosure deliberately misstates revenues or expenditures and an auditing firm staffed by certified public accountants does not detect the lie, legal and financial penalties follow. If the proposed SEC rule on climate risk disclosure goes final, greenwashing your carbon footprint will no longer just harm your image, it could cost you money and, in extreme cases, even land you in jail. That rule faces opposition from Republicans in the Senate along with sometime Democratic Senator Joe “the coal mine” Manchin. In early April, Kellie Lunney reported in Bloomberg Law that:

“Senate Republicans are urging the Securities and Exchange Commission to withdraw a proposal that would require companies to disclose greenhouse gas emissions, arguing the move is outside of the agency’s mission…The SEC in March announced a proposed rule that, for the first time, would direct publicly traded companies to include emissions information and other climate-related risks on their registration statements and reports. The plan seeks to standardize the metrics for companies’ climate disclosures to bolster enforcement and reliability. [SEC Chief] Gensler said last month that enhanced disclosures are necessary because climate risks can pose a significant financial threat to companies, and investors should have reliable information to make informed decisions.”

What would the relevance of the SEC rule be to the issue raised by EDF on Royal Dutch Shell’s carbon disclosure? Perhaps the final version of the proposed rule could require that publicly owned fossil fuel companies also disclose the emissions from facilities they sold within a specified period of time. EDF might make that point during the SEC’s public comment period on the greenhouse gas disclosure rule. Companies that sell assets do not always avoid the cost of repairing damages from those assets. For example, the toxic waste law Superfund’s liability provisions were designed to ensure that corporations retain liability long after a company has sold a facility or site. Similar rules might someday attach to damage from greenhouse gasses.

In any case, the best ways to avoid greenwashing decarbonization are to:

Better renewable energy technology will make greenwashing an idiotic strategy and well-defined, and audited disclosure rules will make carbon-related greenwashing illegal. I know that many people advocate corporate social responsibility and look for companies to internalize environmental values. That will not happen due to corporate altruism. Companies will internalize environmental values when profits and an internal culture promoting legal operations make it a sensible and prudent strategy. Nearly nine decades of SEC-mandated financial disclosure rules have served to internalize the norms of good financial management into good corporate management. SEC carbon disclosure rules will begin the process of developing generally accepted environmental sustainability metrics. This will lead to internalizing effective environmental sustainability management into effective organizational management. At that point, greenwashing will be seen as a form of hype akin to Donald Trump exaggerating the number of floors in Trump Tower: Silly and more than a little pathetic.

In the Race for Pennsylvania’s Open U.S. Senate Seat, Candidates from Both Parties Support Fracking and Hardly Mention Climate Change