Sun ‘n Fun had no lack of exciting air show performances and sleek new aircraft on static display. But where the event truly shined was its incredible warbird presence. 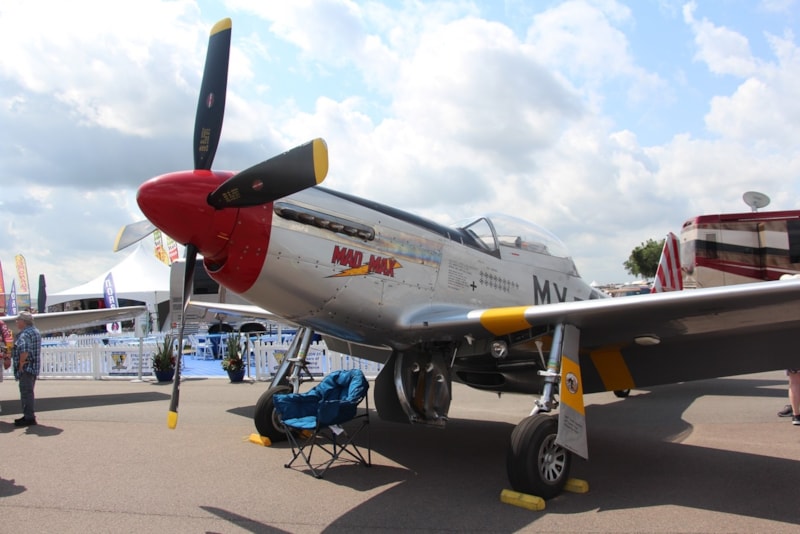 Stallion 51, which specializes in P-51 flight operations, featured multiple Mustangs at the airshow, including Crazy Horse 2, Mad Max, and The Little Witch.

Sun ‘n Fun attendees got a special treat this year as The Little Witch and Mad Max took to the skies during an air show performance to fly together for the first time.

The history of Crazy Horse 2

The original Crazy Horse was sold for surplus in 1957 as a P-51D for $1,150. With inflation, that price would be $11,611.15 today and these planes are now worth millions. Its counterpart, Crazy Horse 2, raced in Reno, Nevada in its former life. 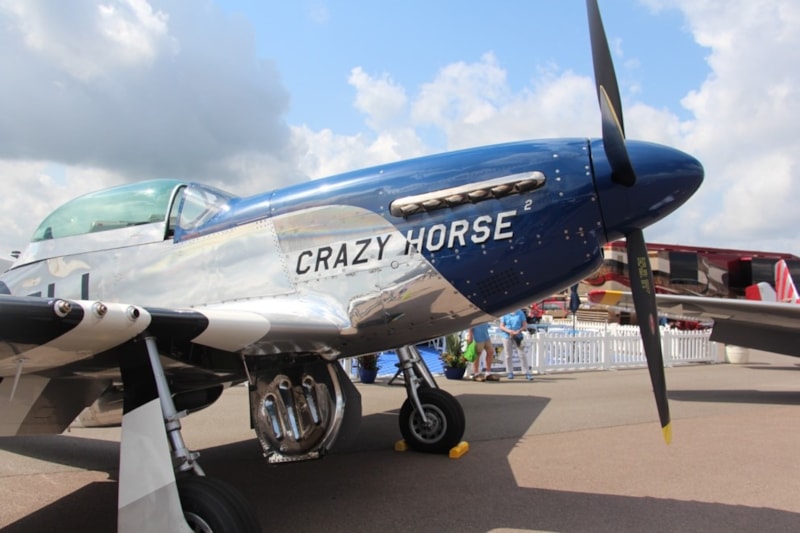 Highly modified in the 1970’s and raced by Ken Burnstine as “#34 Miss Foxy Lady,” the Mustang was handed off to John Crocker from 1978 until 1990. Racing as “Sumthin’ Else,” the aircraft won the Reno National Championship Air Races Unlimited in 1979.

It was then purchased by Dick Thurman in 1997, and rebuilt by Richard and Peter Lauderback of Stallion 51 Maintenance. The aircraft was converted into a TF-51, modifying it to have a dual cockpit and dual control system, as well as a new name: “Kentucky Babe.”

One of the aircraft’s most unique features is its engine: a liquid-cooled V-12 Rolls-Royce Merlin. The engine’s efficient mechanical supercharger gives the aircraft an outstanding high-altitude performance.

In 2005, Stallion 51 purchased the aircraft and repainted it to exactly replicate the original Crazy Horse, representing the colors of the 487th Fighter Squadron, 352nd Fighter Group of the 8th Air Force out of Asche, Belgium.

An aircraft so cool even Tom Cruise owns one

The P-51 is a single-seat, single engine fighter aircraft initially designed for the British Royal Air Force and later adopted by the U.S. Army Air Force.

The aircraft is regarded as one of the best overall piston-engine fighter aircraft ever produced during World War II. Today, there are only 175 of these Mustangs in the skies, significantly less than the original 15,000 rolled out from assembly lines in California and Texas.

This means that only 1.17% of the original fleet is still in existence today. Even Maverick — or Tom Cruise — even keeps a P-51 Mustang in his hangar. Cruise’s Mustang is reportedly worth upwards of $4 million. Most of these aircraft have seen battle but have since been refurbished or altered to maintain their airworthiness status.

Consumption of G20 nations responsible for premature deaths of 78,000 infants