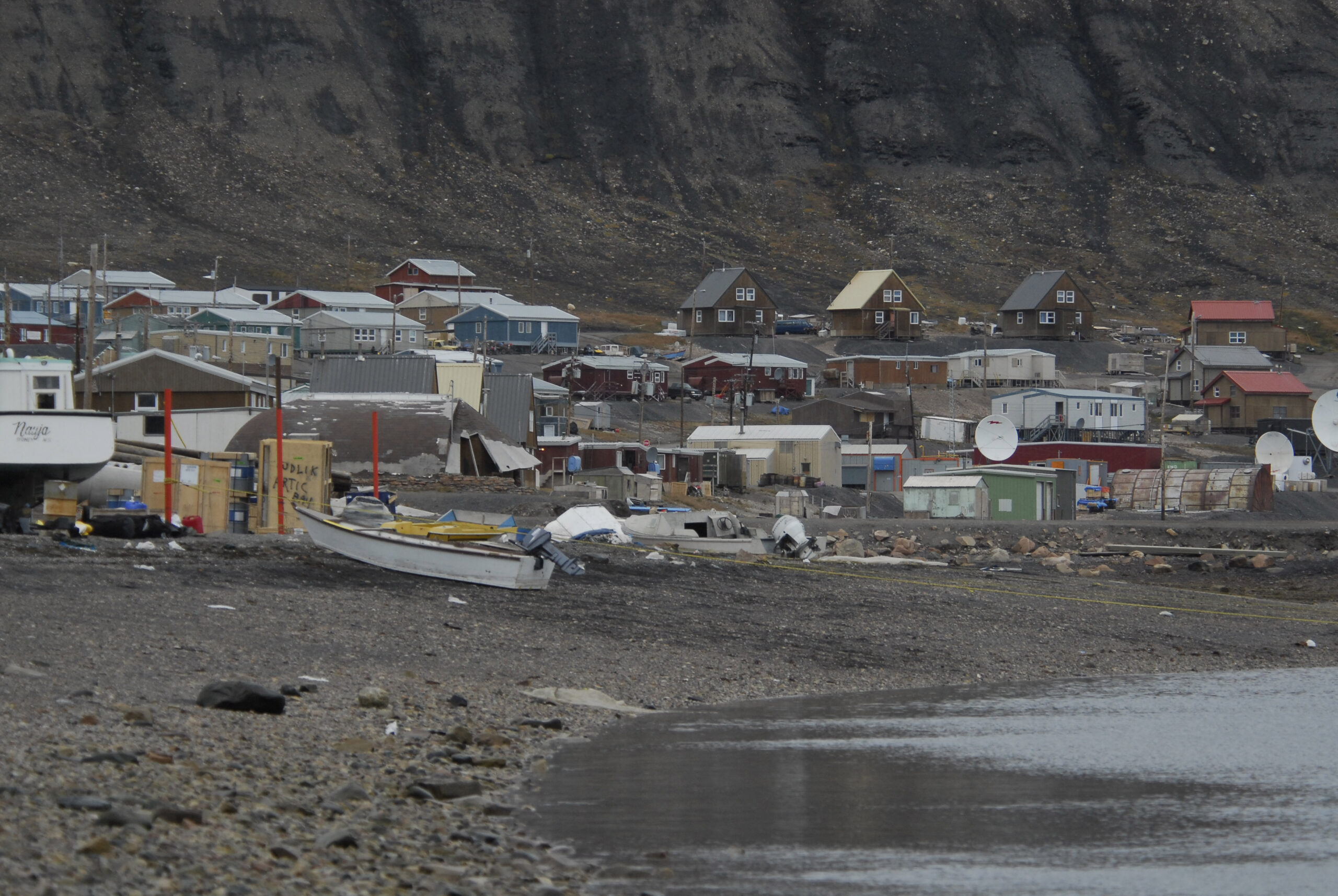 When the Intergovernmental Panel on Climate Change released a report in February showing that global warming is spinning out of control with waning options for adaptation, United Nations Secretary General António Guterres called it an “atlas of human suffering.”

But a new interactive map of Canada offers an “atlas of hope” in contrast. Created with the blessing of Indigenous peoples, the Climate Atlas of Canada is an interactive portal that shows nearly 700 different communities of First Nations, Inuit and Métis and includes community level data on expected temperature rise, expected changes in precipitation and changes to agriculture like the lengthening frost-free season.

The atlas, built by the Prairie Climate Centre at the University of Winnipeg along with Indigenous organizations, was first launched in 2018 but recently was reworked to focus on Indigenous experiences.

Now, the map has been “decolonized” and “indigenized,” Mauro said. Embedded inside the map are several video profiles on Indigenous community members who share their knowledge on adapting to climate change and protecting the environment.

Hetxw’ms Gyetxw, who grew up in the Gitxsan community and was also involved in creating the atlas, said Indigenous knowledge built over thousands of years can be combined with Western knowledge to fully understand and come up with holistic solutions to climate change and environmental issues.

“To be able to show the extreme resilience that we have as peoples to adapt to the harshities of life,” Hetxw’ms Gyetxw said, “that’s what we hope we can bring for people who are going to be going through drastic change in this world because of climate change.”

Yet many church leaders, who were also surveyed by the Australian chapter of the Christian aid and development organization Tearfund, do not see addressing climate change as a cause that fits into their mission. Pastors and ministers reported that they rarely preach on environmental topics.

Tearfund sees the issue of climate change fitting clearly into the Christian faith, the organization’s advocacy strategy and project manager Emma Wyndham Chalmers said, because the world’s poorest people will be disproportionately impacted by the effects of global warming.

“This is an issue that we really need to grapple with within the context of our faith and connect the dots between those core fundamentals of loving our neighbor and stewarding and caring for this Earth,” said Wyndham Chalmers. “We see this as kind of our responsibility as humans.”

Climate change is a divisive issue in the church, she said, with some members unwilling to engage with it. But, she added, these findings signal a generational shift toward more engagement and action on climate change, creating opportunities for churches to end their “climate silence” and connect with younger believers.

“We want this to open up a conversation and dialogue that is really about not exacerbating divides, but healing divides,” Wyndham Chalmers said, “and finding the common ground for a constructive, hopeful and positive conversation that then leads to constructive action.”

All About Climate Change and Farming

The story of modern agriculture and climate change is a complex one. Industrial farming is both a perpetrator of climate change, with diesel powered equipment and fertilizers emitting greenhouse gases, and a victim of climate change, as floods, droughts and heat waves bring uncertainty to the system.

A new podcast called “Hot Farm” from the Food and Environment Reporting Network is exploring all of these complexities in a four-part series that focuses on Midwestern farmers. Inside Climate News recently discussed the podcast with host and producer Eve Abrams. This conversation has been lightly edited for length and clarity.

What will you be exploring in this new podcast?

Hot Farm is all about climate change and farming, and it’s looking at how we are going to eat, basically. It’s looking at underlying issues that currently exist and are not being addressed in terms of how farming has impacted our environment and how the changes in our climate will impact farming, and therefore the ability to eat.

Our main characters are farmers. And these are stories about people. So yes, it’s about climate. But these are people stories and you really step inside their shoes, which I think is exciting for a lot of people. We rely on food, we eat food every day and yet most of us are completely ignorant about how our food is made and where it comes from. And here you become much more intimate with that process and those people.

How is climate change being experienced in the Midwestern agriculture world, and what do people there think about climate change?

Some people are like, ‘Yeah, climate change has completely destroyed our crops this year. We had flooding. We were having these crazy temperatures.’ Some people are very explicit about calling it climate change, and many people are not, but they’re seeing the same weather. So as one of our characters said, ‘We don’t talk about climate change, that becomes a political term.’ You know, ‘I think that term has been politicized.’ But whether that term is being used or not explicitly, farmers are dealing with the weather, so they’re seeing massive change.

The Russian invasion into Ukraine has brought about serious disruptions in food supply chains. Does this instability add more urgency to the role of the Midwest in our food security?

A lot of people talked about Covid with me. They talked about our supply chains, and we saw how weak they are. We saw the weak points in Covid. And many, many, many people I spoke with argued for a lot more resiliency in our supply chains and a lot more local eating. The farmer that I profiled in Episode 1, that’s a huge thrust of his work is, ‘Let’s eat locally, let’s support our local farms. Let’s make more resilient supply chains.’ So I concluded my reporting last summer, so I haven’t touched base with anybody about Ukraine specifically. But resiliency of supply chains is a huge issue.

Another Climate Impact: the Speed of Sound

Sound could travel as much as 45 mph faster by the end of the century in some regions of the ocean as climate change warms its waters, a new study found, with potential implications for marine animals that depend on sound to communicate, especially in increasingly noise-polluted waters.

You will be redirected to ICN’s donation partner.

Many marine animals depend on sound to communicate with each other, hunt prey and navigate their environment, since light is scarce in the ocean, Affatati said, and hypothetically, increased speed of sound may help animals communicate better. But these sounds can be disrupted by noises coming from human sources, such as ships.

Human-caused sound can result in problems “not just for the animal itself but also for the food chain,” Affatati said, because it can interfere with hunting for top predators.

Co-author Chiara Scaini, an environmental engineer at the National Institute of Oceanography and Applied Geophysics in Italy, said the data set created in the study is open access so more research should be done to develop a better understanding of what the impact will be of varying sound speeds in the warming oceans, especially how sounds from human sources will affect ecosystems.

“We know that everything sounds very theoretical, like we are computing and mapping,” Scaini said. “But at some point, this needs to be to go towards some action that we consider taking as human beings.”

Katelyn Weisbrod is a reporter and web producer for Inside Climate News based in Minnesota. She writes ICN’s weekly Warming Trends column highlighting climate-related studies, innovations, books, cultural events and other developments from the global warming frontier. She joined the team in January 2020 after graduating from the University of Iowa with Bachelor’s degrees in journalism and environmental science. Katelyn previously reported from Kerala, India, as a Pulitzer Center student fellow, and worked for over four years at the University of Iowa’s student newspaper, The Daily Iowan.

Schools and industries close as Indian capital smothered by smog